Lyre’s Success Not Mimicked but Realized with BigCommerce

See how customizable, cost-effective and reliable
BigCommerce is and why we built it that way. 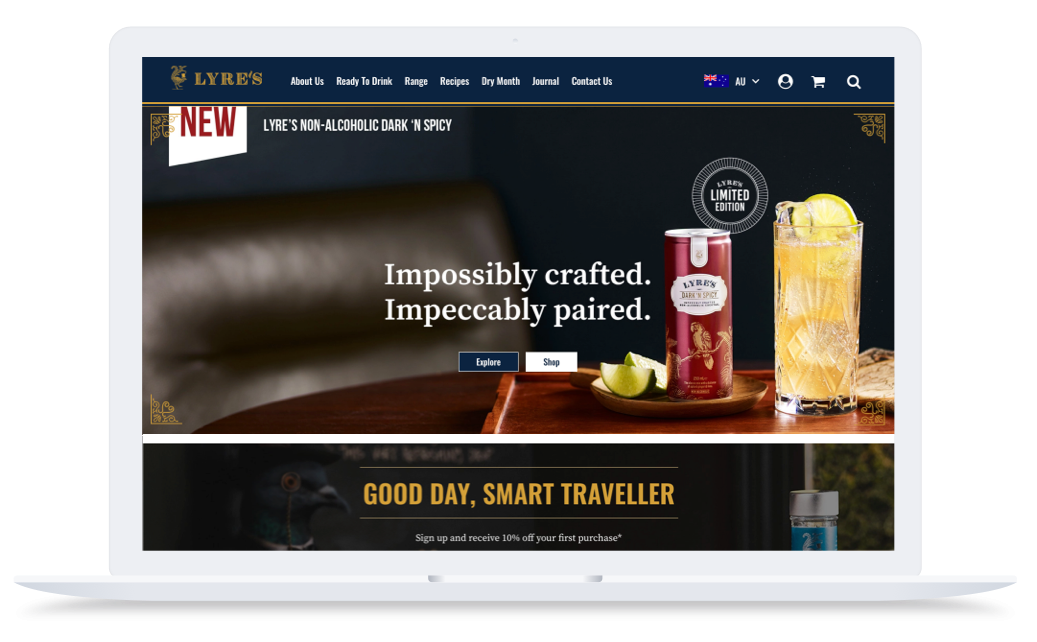 On a mission to change the way the world drinks

The Australian lyrebird is known for mimicking sound. Its namesake, Lyre’s Spirit Co, is known for mimicking the sauce. What sauce? Some call it booze and others liquor or giggle juice. Whatever your name for it is, Lyre’s, a producer of non-alcoholic spirits, has adapted the beverage to give drinkers the full-flavor taste without the brain-zapping buzz.

Carl Hartmann and Mark Livings founded Lyre’s in 2019 and the company quickly made a name for itself. In just two years the brand has grown into a multi-country, multi-language and multi-currency business.

“At the time of speaking, Lyre’s is available in 44 countries with ecommerce operations in 22. Each of the markets we’re in we have localized payment and logistic providers to make sure that we give best practice options to our customers,” said Carl Hartmann, Lyre’s Co-Founder and Director.

Each Lyre’s spirit is crafted using all-natural essences, extracts and distillates to match the aroma, taste and appearance of the traditional spirit. From its Blackberry Smash and Italian Highball to its Espresso Martini and every non-alcoholic recipe in between, practically any cocktail you can think of can be recreated in a low or non alcoholic format. The Lyre’s stable consists of 14 variants of non-alcoholic spirits that include:

Lyre’s is getting noticed too. In January 2021 the brand partnered with British Airways, creating a menu of drinks for the airline’s Detox Festival at London Heathrow Airport. And, when it comes to competition, Lyre’s is a highly recognized and awarded brand for its non-alcoholic spirit beverages.

Ecommerce, which is playing a major role in Lyre's success, started with a solid platform as its foundation: BigCommerce.

“Each of the markets we’re in we have localized payment and logistic providers to make sure that we give best practice options to our customers.”

Whether you’re just starting out or been in business for years, knowing what you need and want is important. Thankfully, Lyre's had the development agency Moustache Republic by its side.

Lyre’s knew it needed a platform that could quickly and affordably support its global aspirations to become the market leader in the non-alcoholic space. The platform would have to facilitate customer acquisitions, be agile enough to support multi-language translation, create a personalized user experience for customers and be able to keep up with operational demand and compliance.

A SaaS plug-and-play solution was the way Lyre’s decided to go and Moustache Republic recommended BigCommerce as the platform of choice.

“Not only do we now have the flexibility, scalability and control we wanted, we also are building our business on a platform that is affordable, expandable with vetted apps and integrations. BigCommerce provides ease of use for resources in local markets and delivers fast speed to market.” 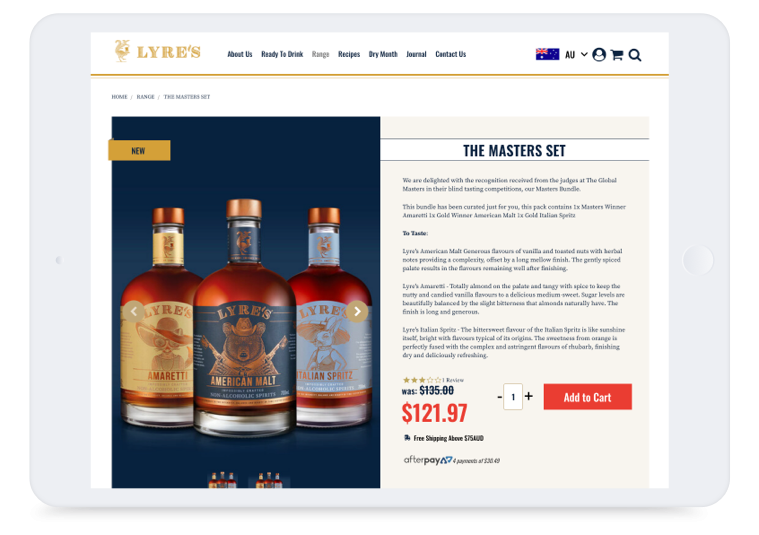 “We felt good about Moustache Republic’s recommendation to go with BigCommerce. We quickly learned why the platform is a leader in the SaaS platform space,” said Ashleigh Murray, Lyre’s Ecommerce Senior Vice President. “Both BigCommerce and Moustache Republic were willing to grow with us as a business. Once we started working with both teams we realized how they genuinely wanted to help us be successful on the platform. It’s more like we are partners.”

Lyre’s was looking for a versatile SaaS ecommerce platform that offered flexibility, scalability and control. It found that and much more with BigCommerce.

“Not only do we now have the flexibility, scalability and control we wanted, we also are building our business on a platform that is affordable, expandable with vetted apps and integrations. BigCommerce provides ease of use for resources in local markets and delivers fast speed to market,” said Murray.

BigCommerce’s Open SaaS platform enables Lyre’s to use apps to plug and play with ease without being trapped into legacy technology that is expensive and outdated. The brand is discovering it can do a lot for itself or with minimal development intervention.

“The plugin with dotdigital and BigCommerce is seamless. We’re able to actually do things ourselves without hiring developers to do it for us. It’s really allowing us to have control within our business,” Murray said.

In addition to dotdigital, which Lyre’s uses for its email marketing, the company also uses Yotpo for customer loyalty and referrals, ShipStation for order management and shipping and TaxJar for managing sales tax. However, its favorite integration is the site translation app, Weglot, which has allowed Lyre’s to stand up more than 20 personalized local language ecommerce stores.

Through the power of data visualisation and analytics, Microsoft’s Power BI is helping Lyre’s see the business big picture quickly, collectively and much more clearly.  "Power BI, from a business reporting perspective, has enabled our ecomm team to see its full impact to the business combining all sales reports across direct, Amazon Fulfillment by Merchant (FBM)  and Fulfillment by Amazon (FBA), dropshipping and marketplaces,” Murray stated. “Having this clear picture has empowered my investment decisions and also helps motivate the team as we now have the full picture in such an easy visual format. What took us an entire day to report on, Power BI has automated into one simple report."

“Power BI, from a business reporting perspective, has enabled our ecomm team to see its full impact to the business...”

You can’t argue with results

In its first year alone, Lyre’s launched 15 online stores on BigCommerce. As of May 2021, that number grew to 22 with stores launched throughout APAC, Europe, the United States and Canada.

“We’ve seen amazing growth in the email marketing area of the business. For example, across the US, we’ve seen, on average, year on year, a 505% increase in database growth,” Murray stated. “And, comparing January 1–June 7, 2021 to 2020, our Australian email revenue growth increased by 224%.”

“We’ve seen amazing growth in the email marketing area of the business. For example, across the US, we’ve seen, on average, year on year, a 505% increase in database growth.”

Taking the world by storm

Strategic partnerships such as Lyre’s collaboration with British Airways, earning awards from the likes of the San Francisco World Spirits Competition (SFWSC) and the London Spirit Awards and building its online prowess on BigCommerce has helped put Lyre’s on the global map.

It doesn’t look like Lyre’s will stop growing and pushing for excellence anytime soon and neither will BigCommerce. The company is looking for continued support in advancing its multi-storefront and multi-inventory source management processes and BigCommerce is here to deliver that support now and in the future.

See More On These Topics 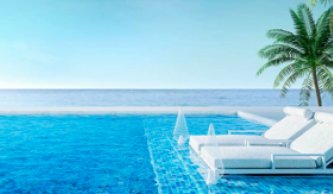 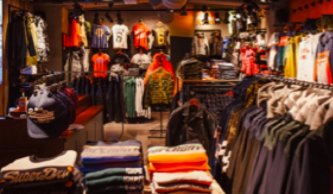 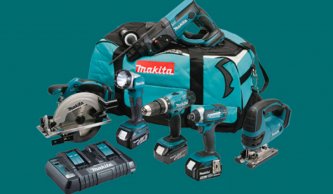